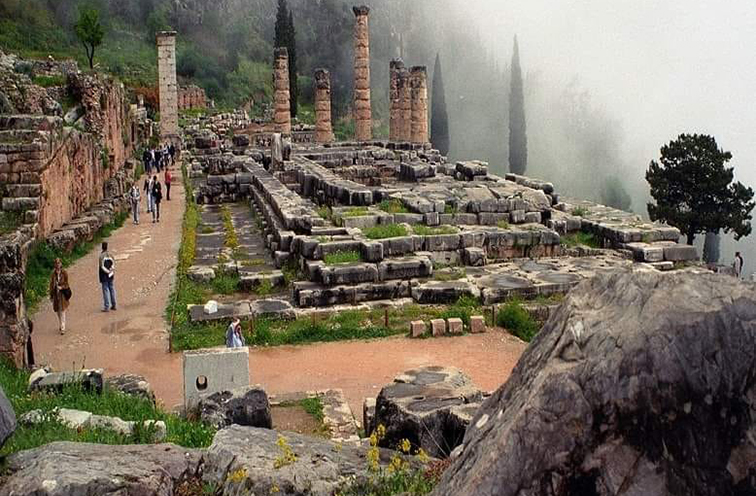 Central among the number of imposing ruins that are interspersed on the Southern slopes of Parnassos mountain is the temple of Apollo. It is an imposing temple of the Doric order whose existence was woven through the turbulent history of the site, and endured numerous incarnations before it settled to the ruinous state we find it today, and which dates back to the 4th c. B.C. The temple of Apollo was first built around the 7th c. B.C. by the two legendary architects Trophonios and Agamedes. It was rebuilt after a fire in the 6th c. B.C.. and was named the “Temple of Alcmeonidae” in tribute to the noble Athenian family that oversaw its construction with funds form all over Greece and foreign emperors. This temple was also of the Doric order and had 6 columns at the front, and 15 columns at the flanks.

This temple was destroyed in 373 B.C. by an earthquake and was rebuilt for the third time in 330 B.C. Spintharos, Xenodoros, and Agathon, architects from Corinth. The sculptures that adorned its pediment were the creation of Athenian sculptors Praxias and Androsthenes. It was built to similar proportions and size as the Alcmeonidae version of the temple, with a peristasis of 6 and 15 columns along the short and long edges respectively.

The temple’s foundations survive today along with several Doric columns made of porous stone and limestone which is fairly soft material, and have allowed for the temple’s advanced decaying. Very little is known about the temple’s interior arrangement. 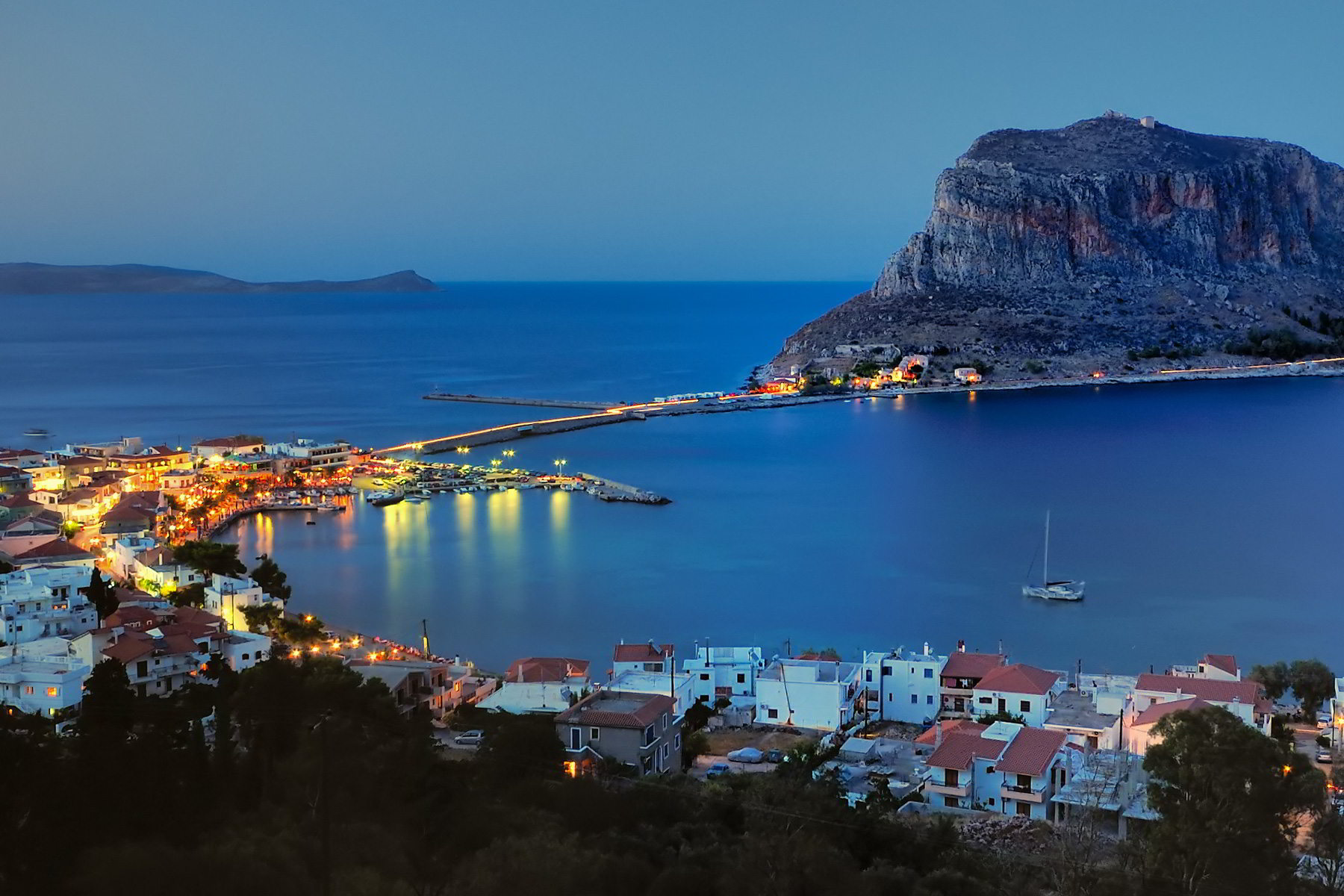 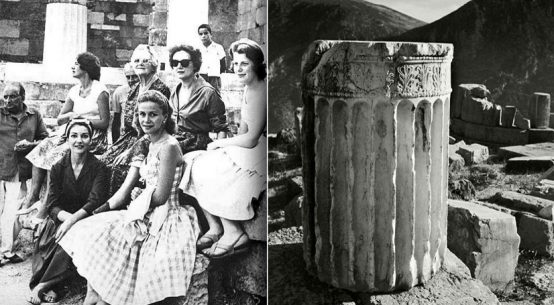